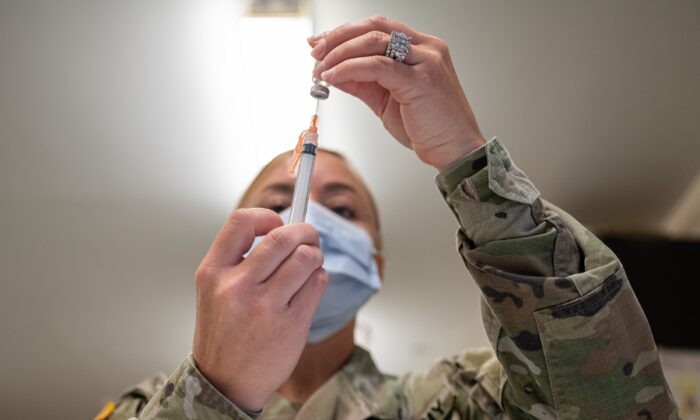 ‘Everyone Has a Right to Follow His Conscience’: Military Chaplains Sue Pentagon Over Vaccine Mandate

Forty-two military chaplains have sued the Department of Defense (DoD) over its vaccine mandate, arguing that it violates their Constitutional rights to freedom of belief and other laws protecting religious freedom.

Vietnam War veteran and attorney Arthur A. Schulcz Sr. who is representing the chaplains said the chaplains are seeking a preliminary injunction to bar the vaccine mandate across all branches of service. Thus far, federal judges in other cases have issued preliminary injunctions to the Air Force, Navy, and Marines preventing them from punishing service members in those branches who have sought religious exemptions to the vaccine mandate.

The lawsuit, filed in the district court for the Eastern District of Virginia on Aug. 15, is the first legal action by only a group of chaplains who seek to challenge the vaccine mandate on the grounds of religion, according to Army Capt. Andy Hirko, one of the plaintiffs in the suit. Hirko spoke to The Epoch Times, emphasizing that his views are his own and do not reflect those of the Department of Defense or the Department of the Army.

Read the Article at the Epoc Times
← Prior More →