Radioactive Dating and a Young Earth?

Author’s note: I was about nineteen when I realized Darwinian evolution was unscientific and completely rejected it, but I didn’t give much thought to a “young earth” at the time. Decades later, when I was in my mid-50s, I came to believe in a young-earth view of creation after taking the time to investigate the actual scriptural, observational, and experimental evidences for both the young- and old-earth hypotheses. Dr. Steven W. Boyd presented a particularly persuasive argument for this interpretation of Scripture in Radioisotopes and the Age of the Earth.*

My search ultimately led me to conclude that the biblical account was absolutely accurate and that God did not expect me to believe in something that was counter to the rational evidence all around me.

I spent my career as a nuclear physicist at the Los Alamos National Laboratory and the Fermi National Accelerator. Now in my 60s, God has placed me in a unique position here at the Institute for Creation Research to further dispel the common notion that radioactive dating somehow proves the earth is billions of years old. The detailed investigation presented in this series provides a compelling case that radioisotope dating does not prove that the earth is old as is routinely taught in schools throughout our country.

* Boyd, S. W. 2005. Statistical Determination of Genre in Biblical Hebrew: Evidence for an Historical Reading of Genesis 1:1–2:3. In Radioisotopes and the Age of the Earth: Results of a Young-Earth Creationist Research Initiative. Vardiman, L., A. Snelling, and E. Chaffin, eds. El Cajon, CA: Institute for Creation Research and Chino Valley, AZ: Creation Research Society. This study is available at www.icr.org/rate. 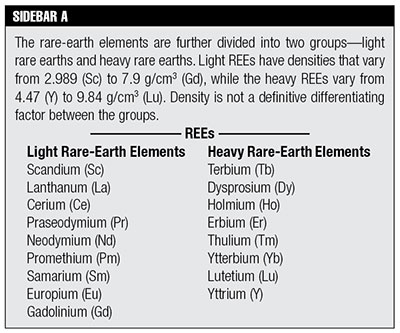 Past articles in this series have attempted to establish a foundation for understanding the radioisotope dating models or hypotheses, their assumptions, and how those assumptions lead to a “deep time” picture of our universe.1Secularists would have us accept their convoluted, circular arguments as scientific fact simply because the majority of people in the academic community embrace them. Hopefully our readers now understand that using the various types of radioisotope decay as clocks does not consistently produce concordant results, nor is it verified by observational evidence. If these radioisotope decay methods do not properly date rocks of known ages, how can we trust them to date rocks of unknown ages? Trusting these methods to give factual dates would then be a matter of faith, not science. What secularists are trying to instill in us is a strange amalgam of science and their biased philosophy known as secular humanism.

Dating methods using the rare-earth elements are not used as frequently as the potassium-argon (K-Ar), argon-argon (Ar-Ar), rubidium-strontium (Rb-Sr), uranium-lead (U-Pb), and lead-lead (Pb-Pb) methods and are somewhat hidden from general knowledge. The rare-earth elements (REEs) are a group of seventeen metallic elements—i.e., the lanthanides plus scandium (Sc) and yttrium (Y)—that tend to exhibit similar chemical properties and tend to appear in the same ore deposits. They are relatively plentiful in the earth’s crust but are so dispersed they are not often found in concentrations that make the ore deposits economically extractable. Thus, the term “rare earths” is archaic and dates back to the discovery of the black mineral ytterbite (later renamed gadolinite) in 1787 at a quarry in Sweden.

Rare earths open a new regime in radioactive dating. In previous articles we dealt with parent-daughter decay schemes where the parent and daughter exhibit different chemical characteristics.1 When they react with other elements, REEs generally form ions with a charge of +3. Their atomic radii decrease with increasing atomic number (Z) from 1.15 Å in lanthanum (Z=57) to 0.93 Å in lutetium (Z=71). This small size makes the REEs even more mobile during rock formation (crystallization) than either Rb (1.48 Å) or K (1.33 Å).