For all of the good that Trump has done, America first, returning the “power to the People” rhetoric that he espoused, why the deep connection with the “deep state”? From vaccine mandates to literal forced lockdowns, Trump was the commander in chief during the greatest assault on civil liberties in recent history.

It’s absolutely disturbing to consider the possibility that he may have been compromised…or worse, he was instrumental in a ruse. 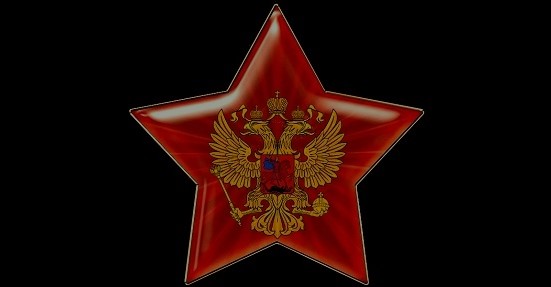 The Trust, as a Chekist operation directed at and designed to disorder the anti-Bolshevik White emigration at the dawn of Soviet power, is today the model and prototype for Vladimir Putin’s approach to the Russian Orthodox Church and Russian nationalism at home and abroad, Sergey Khazanov-Pashkovsky says.

On the Riga-based Harbin portal, the émigré historian argues that in order to understand Putin’s strategy and tactics one must recognize that he isn’t doing anything new but rather reviving the well-forgotten old, in this case, the methods Felix Dzherzhinsky used to penetrate and then use opponents of the Soviet regime.

Following the Machiavellian principle that if you can’t defeat an opponent by a frontal attack, you should seek to confuse him by appearing in a guise that looks like part of his side, the Cheka launched the Trust which purposed to be an organization of “the anti-Bolshevik Monarchist Union of Central Russia” but in fact was run by the Soviet secret police.

This operation had two goals, the historian says. It was intended to smoke out genuine monarchists inside the country; and it was designed to “control and restrain the activity of émigré militant groups.” The Trust lasted only five years in the 1920s; but the approach it embodied is used by the Putin regime against those who might otherwise be its opponents.

The main example of the application of the principles of the Trust operation now is the Moscow Patriarchate of the Russian Orthodox Church (ROC MP), an institution “which was legalized on the basis of the personal order of Stalin” and which for many years was even directed by the Council for the Affairs of the Russian Orthodox Church entirely staffed by Soviet KGB officers.

Under Putin, as is widely recognized, nominally “former” KGB officers have taken under their control “the levers of power in the state apparatus of the Russian Federation” and over academic institutions, the media, banking, major business concerns, and institutions like the Russian Orthodox Church.

Their role in the ROC MP is both especially noxious and especially obvious, Khazanov-Pashkovsky continues. “Two of the largest organizations closely connected with the church’s activity, the Imperial Orthodox Palestinian Society and the Foundation of Andrey the First Called, are now controlled by the FSB and the SVR.

Now with ALL OF THE ABOVE being said, here is an amazing voice from the military side, Derek Johnson is a country music singer, and former US Army serviceman who has a lot of military expertise. He gives his perspective about the military angle which he is convinced that is taking place behind the scenes that can bring us some comfort.