The Theory of Everything – Aethereal

Where did the Heliocentric cosmology concept come from?

When did it arise? 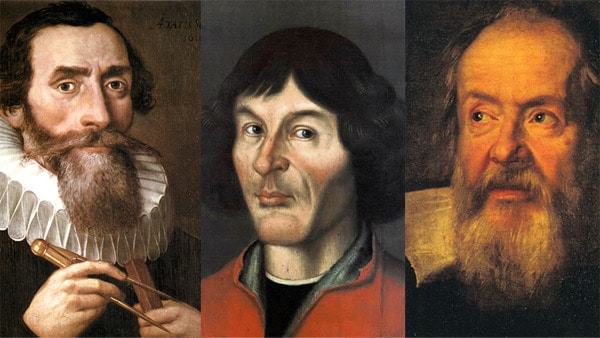 Historical science is rooted in occult thought. Here’s a look at the men behind the scientific revolution and their occult beliefs.

Copernicus’ personal life is not as well known as that of others who followed him, but we do know several disturbing things about him. One is that Copernicus kept a mistress. When she was discovered, Copernicus refused to dismiss her when confronted by his diocesan bishop. His close associate, Rheticus, who was more or less Copernicus’ public relations man, was a homosexual and found himself being run out of town on numerous occasions. Ultimately, Copernicus double-crossed him, an event that eventually led Rheticus to sever ties with him completely.

In regard to his cosmology, Copernicus consistently appealed to the “harmony” of his system, but it was a harmony ennobled by a sun that he personified, and, some say, deified, way beyond what we now know as its ability to convert helium into hydrogen. Copernicus writes:

In the middle of all sits Sun enthroned. In this most beautiful temple could we place this luminary in any better position from which he can illuminate the whole at once? He is rightly called the Lamp, the Mind, the Ruler of the Universe: Hermes Trismegistus names him the Visible God, Sophocles’ Electra calls him the All-seeing. So the Sun sits as upon a royal throne ruling his children the planets which circle round him. The Earth has the Moon at her service. As Aristotle says, in his On Animals, the Moon has the closest relationship with the Earth. Meanwhile the Earth conceives by the Sun, and becomes pregnant with an annual rebirth (De Revolutionibus, Of the Order of the Heavenly Bodies 10).